Want more information, or to book your consultation?

The ’90s marked the thin and over cleaned eyebrow trend- well now that’s over, and the thick, bold, and fuller eyebrow is now in. In fact, the fuller eyebrow projects a youthful and healthy outward appearance. Eyebrows not only play a huge role in emotional expression as well as facial recognition but have a major role in framing and shaping the face.

In the past, one would rely on make-up, brow tints, or even tattooing, which gives a completely unnatural and artificial appearance. More recently, we have seen the emergence of growth-stimulating serums and even hair transplant procedures to achieve the perfect brow. In patients who want fuller and thicker brows, techniques such as tattooing provide less than ideal temporary improvement. Hair transplants placed in the brows achieve a permanent and natural result.

Both men and women can suffer from eyebrow hair loss. In men, there is often a lack of eyebrow hairs simply due to hereditary factors. For women, the most common cause of reduced or absent eyebrow hair is either over-zealous “plucking,” or laser hair removal. Genetic factors and various skin and medical conditions can also lead to eyebrow hair loss. The transplanted eyebrow hair can also be placed over the tattoos.

To give you the most natural look through eyebrow transplant, we are very precise in the angle and orientation in which we place each and every eyebrow hair. It is essential that you see a surgeon who is highly specialised in this procedure.

Eyebrow Hair Transplantation is performed in the following scenarios:

Eyebrow Transplant Before & After

Patient B - 6 Days After Transplant

How it is done?

Eyebrow Hair Transplantation is a technically and aesthetically demanding operation. The aim of the procedure is to improve brow location, contour and density. The donor hair for the eyebrow transplants is obtained from areas of the scalp (strip surgery is NOT performed) with thick, healthy hair. Paras Hair Transplant performs a highly specialised form of Follicular Unit Extraction, whereby individual hairs are extracted using a 0.7 mm punch. An LED stereo-microscope may be used to divide hair follicles into single hair shafts if required.

The eyebrow hairs are placed at a very tight angle with the curl in the right direction so that they grow towards and not away from the skin. After they are placed, you can immediately see the effect that the transplants will have on your appearance. Only single hair follicles are placed in the eyebrows, to create a completely natural look.

Around 75% of our patients come only once for eyebrow transplantation, and the remainder requires a second touch-up procedure for additional density. The most common side effects are swelling and bruising around the eyes for up to 5 days after the procedure. By 1 week, there is usually no evidence of the procedure performed, other than the new eyebrow hair. These timelines may vary from patient to patient.

Most of the transplanted eyebrow hairs will fall out during the resting and hibernating period; this is also seen in hair transplants. They begin to re-grow in around the 3-4 months. 50% of the final result will be seen at around 6 months and the final result is usually visible at 12 months.

Celebrities such as Emma Watson and Cara Delevingne have helped drive the bold and beautiful eyebrow trend in today’s society. ‘Cara Delevingne effect” has really influenced women and other celebrities to have the fuller eyebrow. 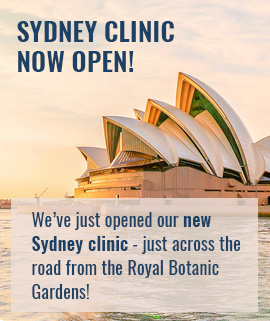 At Paras Hair Transplant Clinic we use a no-scalpel, no suture technique known as Modified Follicular Unit Extraction and Implantation.

The procedure is performed completely under local anaesthesia as a walk-in, walk-out treatment, without the need for intravenous sedation or strong pain killers. Patients can return to their normal duties within a couple of days.

As seen on Today Extra